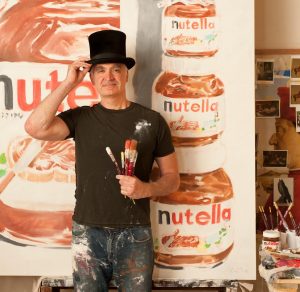 Berlin was honored by President Reagan at The White House as a YoungArts Presidential Scholar in 1983. Recent solo exhibitions include Miami, New York, and London. Kevin Berlin spent his childhood in Washington DC and began painting the figure at the Corcoran School of Art at the age of 12.

Berlin’s friendship with the Yellow Barn Studio and Glen Echo Park began more than 35 years ago as a student of Walter Bartman.

Learn more about Kevin Berlin and see the him discuss his paintings.Click Here